Alternate African Reality – Electronic, electroacoustic and experimental music from Africa and the diaspora 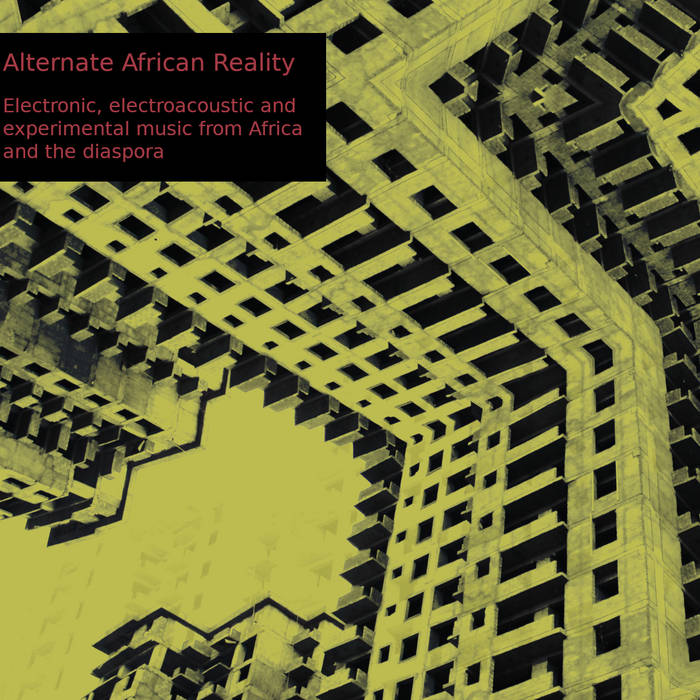 olivkon This is more than amazing. I have been folllowing Syrphe releases on and off and they're all worth it, but this one actually shows how soundscapes, ambient and sound collages come to their own when the stories they tell are worth listening to. And they all are in this compilation.

Stefan Nickum Standout comp of the year so far. Various and exceptional top to bottom.

Alternate African Reality is a follow-up to several compilations I have published on Syrphe since 2007 (the first one, Beyond Ignorance and Borders included various artists from Africa and Asia), and even earlier on my defunct tape label in the 1990s (the last tape, Archives Humaines vol.1, was published in 1996 and included 25 artists from 25 countries, including non-Western ones : South Africa, Japan, Chile, Brazil).

Alternate African Reality could be seen as a drastic improvement of 30.2, a compilation released in 2012. The CD included nine artists from Tunisia, Morocco, Algeria, Egypt, Angola, Mauritius, South Africa, Réunion and Madagascar/France. But even if I was very happy with the result, I always thought I should do a deeper research, and another issue I faced was the fact that I didn’t manage to include any women in the project.

Travelling and touring throughout parts of Africa allowed me to meet many more artists than what I ever expected and pushed me to work on this new release.
This time, the end result reveals a more global compilation that could be compared to Uchronia, a compilation that includes 49 artists and bands from 32 Asian countries and the diaspora in the field of so called experimental music.
Alternate African Reality is nonetheless musically more diverse, including abstract but also beat-oriented music such as ambient, electronica, electroacoustic, noise, singeli, bass music, industrial hip hop, etc.

It includes 32 artists and bands from 24 African countries and the diaspora, and last but not least, 14 women are among those vibrant musicians and composers.

Of course the artists included on the compilation only represent a fraction of the African electronic music world, and the listeners should not believe that nothing exists outside of those countries.
Electronic, and, at a lower extend depending on where you look for, experimental music do exist in many other African countries.

I wish that this project will open some eyes and ears and also create more connections and networks.

You will find more information, contacts, biographies and a short essay in a PDF available with the whole compilation if you purchase the CDs or digital files.
Biographies, contacts and websites are also available on this page when you click on “info” next to each track.
You can also have a look at this database that contains more than 3000 references about African and Asian composers, musicians, labels, magazines and so on. syrphe.com/african&asian_database.htm

If for some valid reasons you cannot afford to buy this release, you can send a message and explain why and I might send you a download code.

I deeply thank all the artists involved and also those who for one reason or another could not participate this time as well as all the people who supported me and provided help and advises to make this project happen, those who hosted and invited me during all the travels I made throughout Africa : the Nyege Nyege team in Kampala, Mass Alexandria/Berit Schuck in Alexandria, East African Records Studios/David Cecil and his family in Kampala, Esaete (Naomi) in Kampala, Houdini in Kampala, Lukas Ligeti, Ignacio Priego, Rhéa Dally, Yebo! Contemporary Art Gallery in Ezulwini, the Rock House in Mbabane, Ground Zero - Marley Coffee in Cape Town, Chiharu Mizukami, Chihiro Sato, Paweł Kuźma, Lynda Kansas, Tengal Drilon, Jamir Adiong and his family, Vilho Nuumbala, Kamila Metwali, Sharon Tan, Olivier Moreau, Christopher Kirkley/Sahel Sounds, Nenad Vujić, David Kerr/Sign Records, Memory Biwa, Essia Mestiri, PJ/slowfidelity and many more, you know who you are !

The track order on the physical release differs from the one of the digital release.

Syrphe is a platform mostly but not exclusively focused onto experimental, electronic, noise music from Asia and Africa.
Records are published, lectures and sometimes concerts are given, monthly radio shows, news about underground artist from Africa and Asia and our projects are being given too.
Textolux, our sublabel published two vinyls of the electro, minimal wave project Tetra plok. ... more

If you like Alternate African Reality – Electronic, electroacoustic and experimental music from Africa and the diaspora, you may also like:

Bandcamp Daily  your guide to the world of Bandcamp